Monica Camille V. Galang from the Philippines, Chair of the ASEAN Economic Community (AEC) Track representing the Vietnam Team and member of the MUN Inc. Composite Team, is a true testament to the success of AFMAM 2020 and its mission implementation. In less than a year after her first AFMAM in 2019, Monica became a certified Model ASEAN Meeting Trainer and was invited to take on the role of the International Delegate and Mentor to the Team Philippines in Myanmar. 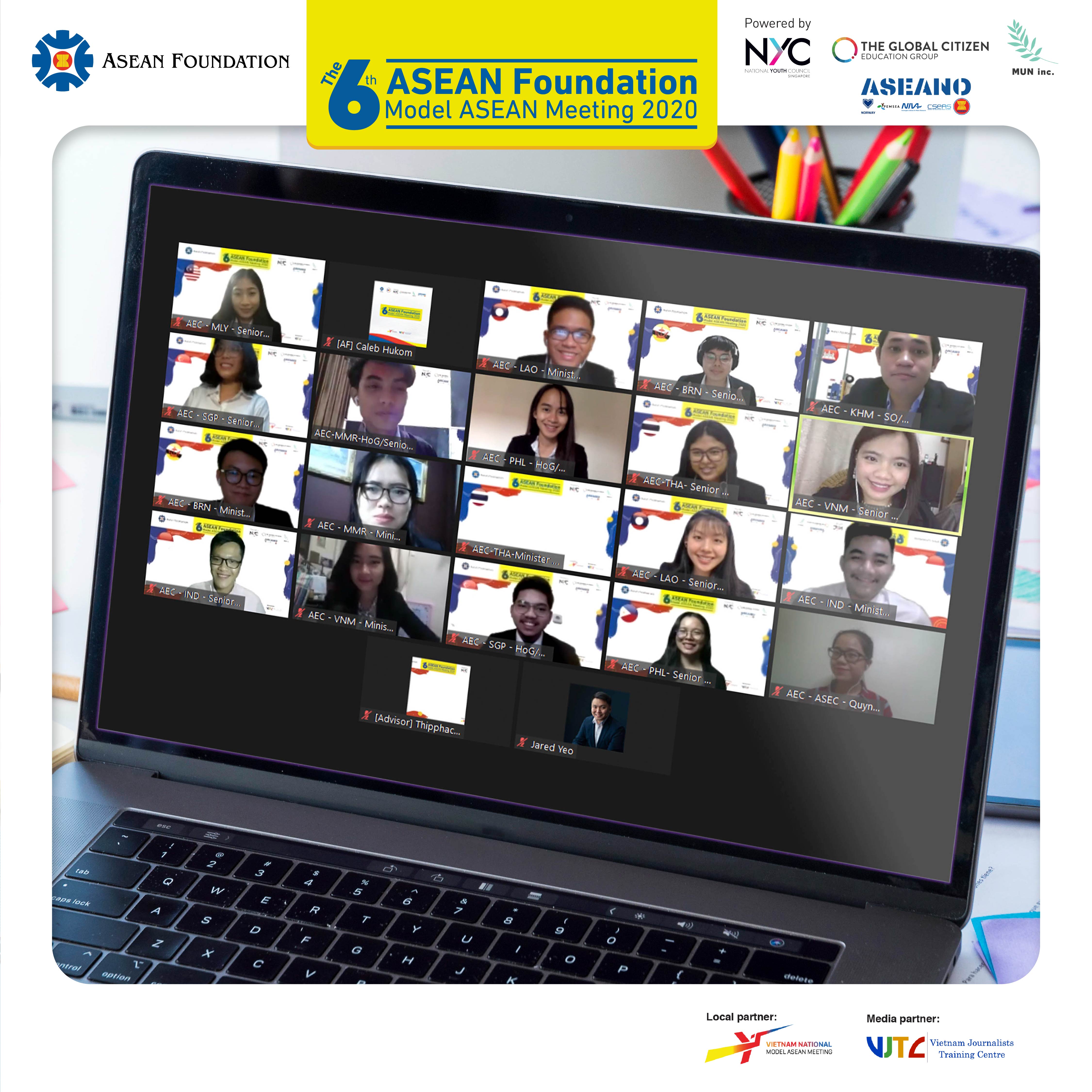 At the ASEAN Foundation Model ASEAN Meeting (AFMAM), there is nothing we look forward to more than seeing your development throughout the program, both in terms of your understanding of the ASEAN agenda and mechanism, as well as your 21st century skills. This year, despite challenges posed by COVID-19, the most eligible representatives of the 10 Member States still came together, albeit virtually, to exchange ideas, learn from one another, and find solutions to the region’s most pressing issues.

Monica’s impressive success is hard-earned. Prior to AFMAM, Monica had no experience in diplomacy. She also admitted to being a not-so-good public-speaker at first, recalling “I have a fear of public speaking. I usually stutter and have mental blocks whenever I speak in front of a crowd.” However, in the end, it is precisely her initial inadequacies that make her eventual accomplishments more astounding and her journey worthwhile: “Thanks to AFMAM, I overcame my fear of public speaking, became more confident, and learned to believe in myself and trust the process.”

On reflecting on her journey with AFMAM, Monica emphasized the importance of understanding diplomacy on the development of Southeast Asia, as well as promoting the ASEAN image in the eyes of foreign friends “I never imagined myself entering the world of diplomacy. But with the help of the AFMAM program, I believe that learning diplomacy will be one of the keys in bringing change to ASEAN and other countries worldwide.” Acknowledging that youth empowerment is vital to the construction of the common ASEAN Identity, Monica shared “I encourage the ASEAN youth to join the next AFMAM and be part of the empowered youth in the region as this program gives you an excellent opportunity to be the voice of your nation.”

This is a pop-up for organisations in countries that require informing users of the use of cookies.OK